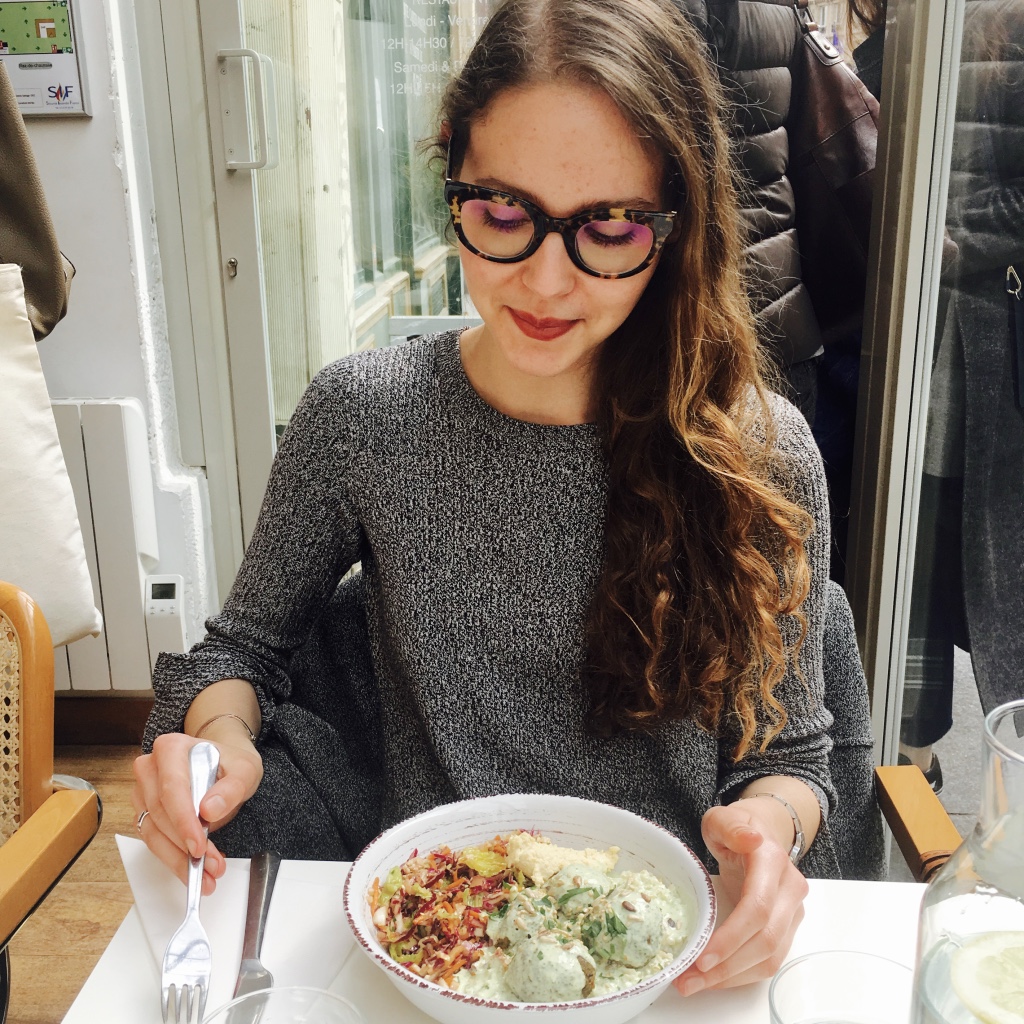 Today’s post about my journey towards a healthy lifestyle is really personal. I believe it’s my first time telling it from start to finish, because I never admitted to myself or anyone my behaviour was not right, or that I was ill even. But now that I can look back on what I’ve been through, I can finally tell it, and I guess it’s part of the therapy, right? So many people struggle with body image issues that I think it’s worth telling my story, that it might help some people who stumble upon it.

When I got to the age of 10, I began to be a little fatty, because I stopped growing so quickly I guess, and the amount of food I ate couldn’t be used for growing tissues and began to be stocked in my belly, my hips and saddle bags. To the point my Mum told me that maybe I shouldn’t be eating as much and be happy with one serving (I really was eating a lot!), which I did and I was fine with my body then. A little bit self-conscious about it though. But no too much.

The real problem began when I graduated from high school and moved to Paris to study. During my first year, I was enrolled in a “prepa”, which is basically a hard-core training for people to get in the top French schools. So I was stuck on a chair studying from 8am to 10pm and I used to eat at the canteen from breakfast, lunch and dinner. I put on weight because I was not exercising at all, but also because the food available at the canteen was not healthy. During my second year (at ‘normal’ uni this time), I found it so hard to lose these few pounds I had in excess, which were terribly ruining my self-esteem and my confidence, that I was altogether starving myself, to the point I could spit something out of my mouth after having chewed it so that I would have the taste but not the calories. I use the term ‘calories’ but I never counted them. However, I kept on checking my figure in the mirror and feeling my belly 10 to 20 times a day. I just couldn’t help myself. This way I got really skinny, a little bit too much I guess. And as much as I believed I was healthy, I wasn’t, both physically and mentally.

Physically because my body didn’t get all the nutrients and enough of them to thrive. And mentally because all I could think about during the day was my figure. I was literally obsessed with it. And although I kept repeating to myself that it was ok, that I wasn’t an anorexic because I never ever threw anything up, I guess I was what they called a ‘mental anorexic’. And no matter how many times my parents, friends and boyfriend kept saying I should put on weight, that I was getting ugly, believe it or not I was actually pleased about it, as if it was a kind of compliment. But it was obviously not a right state of mind for me to be in.

And then my Mum began to get interested in organic food and in nutrition, and thanks to her, my own interest in all these things grew more and more. This way I understood that food wasn’t just something that could harm myself by making me put on weight, but that it was something my body actually needed to be healthy. Thanks to her, I went from being mental anorexia to orthorexia, and lately to healthy living, and even to study naturopathic nutrition!

I’m lucky enough to never have had either amenorrhea (to be fair, I had amenorrhea a few months ago due to stress, not to food-related issued), or any kind of health issue because of my mental illness/eating disorder – that’s what it was and calling it what it is is a good thing. But the wound was deep-rooted in my head and even if I am now a health enthusiast and that I am eating a lot of healthy food, exercising every day and that my weight is now ok, I’m afraid the fear of feeling big or fat won’t never leave me. It will always be in a corner of my head, but I am now proud to say that I can manage it. If you’re struggling with some kind of eating disorder yourself, my message of hope is that it’s all about baby steps which sure take a hell of a lot of time and work, but that some day will hopefully come together.