Do Yourself a Favour and Start Eating Real Food 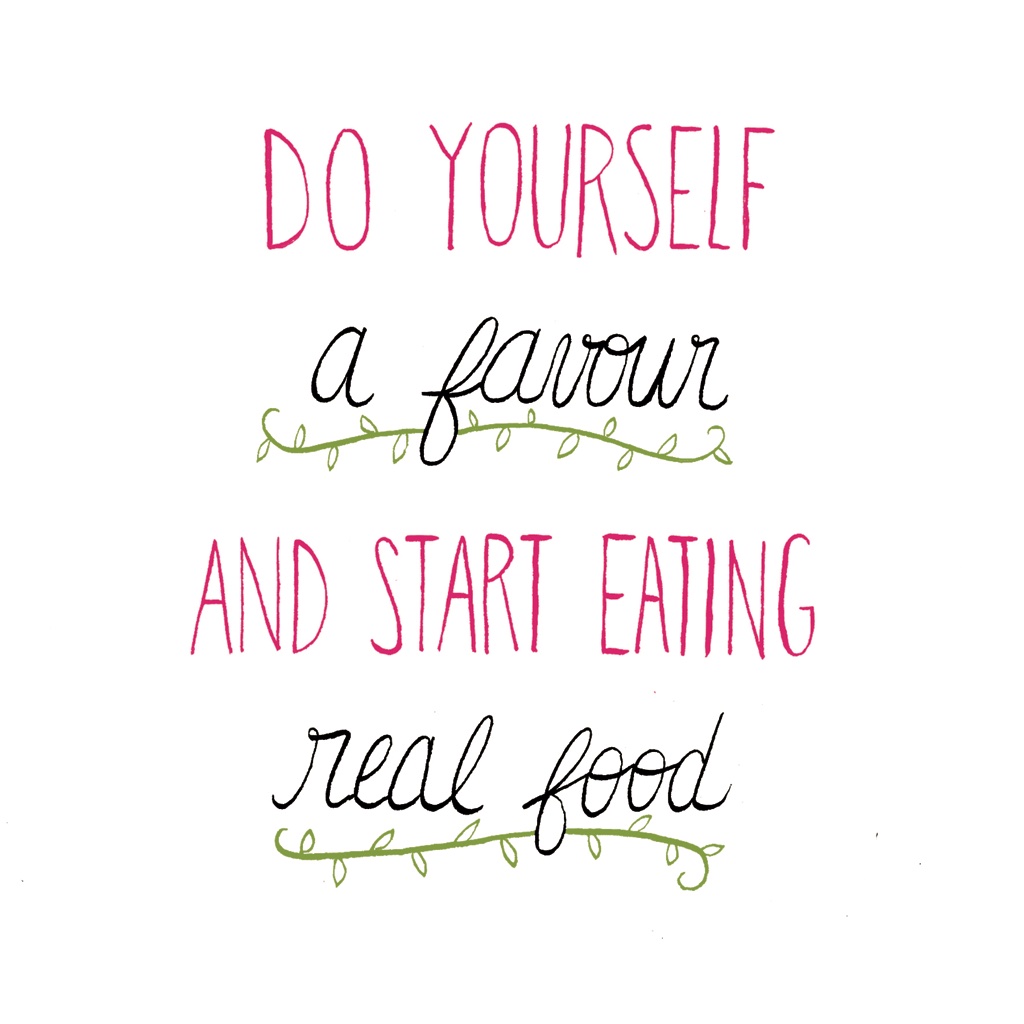 The primary function of eating is to nourish your body. Pretty basic, uh? I guess you didn’t need me to know that. However, you might not be aware of one very frightening thing: the “western diet” is very far from completing this basic function.

From the beginning of life, every organism including mammals have been finding fuel for everyday metabolism in nature : from plants, eating other animals, breathing air and drinking water. Since the industrial age though, humans developed massive ways of producing and distributing food which were far from resembling anything we could find in nature. All of a sudden, production techniques deprived natural plants or animals from their whole nutrient counts by heavy and quick farming, adding pesticides, feeding animals with things they would never have eaten themselves and stressing them to death; industries transformed raw materials by inevitably getting rid of more nutrients, and adding chemicals in them; packaging and the need of keeping things consumable for longer made them add even more things in them… and the list goes on. So I’m afraid to say that, at the end of the chain, the majority of the things we find in standard supermarkets today have nothing to do with nature.

Our societies are therefore facing a paramount issue. Because even if our societies grew quickly (humans are relatively young comparing to life on Planet Earth), our organic constitution and functioning hasn’t changed a bit from he beginning. In other words, our bodies still need the same food as prehistoric humans: plants, fish, flowers, meat, seeds, air and water found in nature and kept in their natural state. They are in fact made or programmed to digest the nutrients found in those natural things. And that’s not because they were suddenly given industrial and chemical things to eat that they are going to change their whole metabolism to be able to recognize, process, digest and use these new foods.

Now you’d probably start to grasp what I mean by “real” food (cf. illustration): it is precisely food our bodies actually need. It’s the same food prehistoric humans and their offsprings across the centuries used to feed themselves with. Before the industrial revolution, they grew vegetables and fruits, had a few beasts to rely on, went fishing from time to time… They ate what nature provided them with. And that’s what we should be eating. That is why I encourage you to consume as natural as possible, as organic as you can, to support small and local farmers… by eating REAL food.

I know it means having a bigger budget for food. Yes, keeping things real can be quite expensive for farmers in the first place comparing to industrials that produce thousands of things a minute without caring for what’s inside the product people are going to eat, so that’s logical that the price point is going to be a bit higher. But when you realize the cheap food you buy doesn’t get properly digested and used by your body – but does harm your body instead – you start realizing buying “crap” (because that’s what it is) can cost you a hell of a lot more actually!